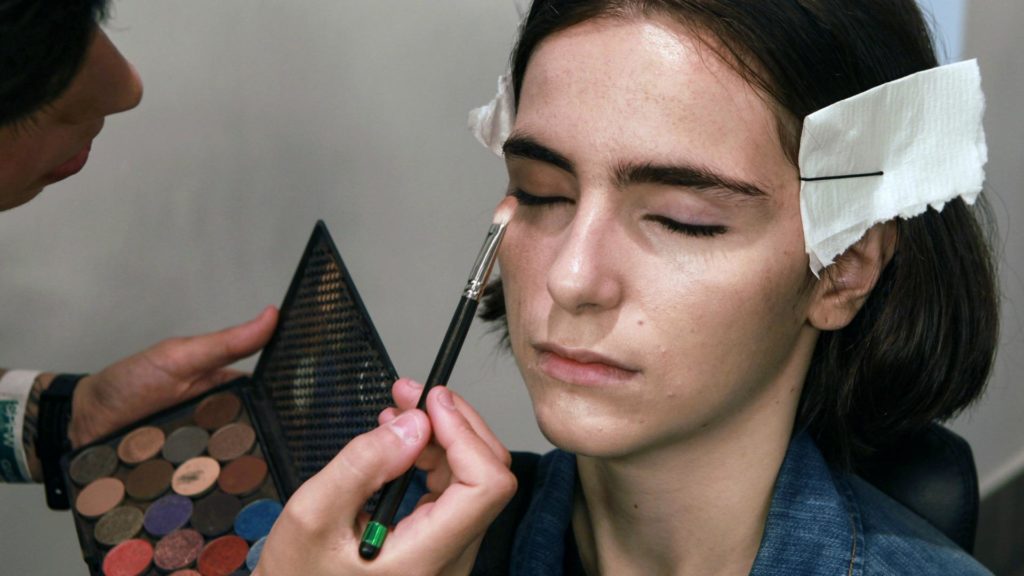 Kate Upton, Gigi Hadid, Kylie Jenner, Kim Kardashian, Manushi Chillar, Kendall Jenner, Brooklyn Decker, Bar Rafaeli – What do you think of when you hear these names? Fashion, right? The industry of fashion has evolved over the past decade to become one of the biggest and the highly-coveted industries to exist. Fashion now plays an important role for not only fashion shows and companies, but for almost anything, from movies and television series to speeches, interviews, and even online shopping. It’s nothing new that celebrities and famous personalities hire fashion experts to look perfect at every event they go to.

Have you ever wondered how these celebrities and personalities manage to look good everywhere they go? It completely astounds me how these people turn up at an event looking all glamorous and glittery, sharp and top-notch. Doesn’t the sweat get to them? Don’t they make even the smallest mistake while putting on their make-up? Well, they’re no make-up Gods. But, they do have a huge helping hand. These helping hands are known as make-up artists, and it is their precision, skill, and artist’s eye that helps these celebrities look perfect with makeup. In this blog, I’ll be telling you about who are the most famous makeup professionals in the world. Fasten your seatbelts, fashionistas!

Make-Up Artists – The Key to a Perfect Make-Up

When we contemplate about the fashion world, we think about the models and the designers. Apart from the above-mentioned fashion models, there are designers like Giorgio Armani, Versace, Gucci, Coco Chanel, Prada, Fenty, etc., who go hand-in-hand with the models, showcasing their products and making the fashion models as well as you people look glamorous. All these models and designers are pretty much household names, which are creations women aspire for, and look that men aspire for.

Though all these models and designers stand tall and pretty, behind these people are the humble makeup artists, thriving with their skills to make these people look perfect for every occasion. These skillful artists play a key role as they help to enhance the beauty of a model and complement the creations of a designer. This is the reason why every celebrity and personality nowadays have their own make-up artist, who they completely rely upon to look good for a photo shoot or an appearance somewhere, be that a movie or a charity event. A lot of credit should be given to skillful workers, because it is for them that models and celebrities look all glamorous and perfect, wherever they go.

The job of a make-up artist is not at all easy, and it is one of the newest jobs that has become very popular over the last couple of years. The popularity of make-up artists has reached such heights that now awards are also given for this profession in the fashion and entertainment awards like the Emmy Awards, Golden Globes, and the Academy Award for the Best Makeup and Hair Styling.

So, here we go. Listed below are some of the most famous professional makeup artists all around the world, well-known for their contributions to the fashion world.

One of the most well-known and highly-respected make-up artists in the fashion world, is Sam Fine. This African American makeup artist remains as one of the highest-paid at his profession in the world today. Earning a salary of $3,500 and upwards per day, excluding travel allowances and overtime charges, Sam Fine has done make-up for several supermodels including Iman, Tyra Banks, and Naomi Campbell, as well as celebrities like Patti Labelle, Vanessa Williams, and Queen Latifah.

Sam Fine’s major accomplishment was breaking through the color barrier and being hired as the very first African American spokesperson for the fashion giant, Revlon. Fine has also launched his own book, talking about the skills required to become a makeup artist and other facts about the fashion world. Fine’s appointment as the creative makeup director for Fashion Fair Cosmetics is the best fit for him, since the company is well-known for producing cosmetics for women of color. Sweet.

Richard Taylor belongs to the group of make-up artists who wield their make-up brushes and work their magic for the big screen. We all know that celebrities have makeup on, in movies, and many characters needs special make-up to help them fit their parts. Richard Taylor is one of such make-up artists, who is known to skillfully do makeup for several characters and personalities on television.

One of the most popular, highly-respected, and highly sought-after make-up artists in Hollywood, Richard Taylor has had quite the accolades. He has been the winner of five Oscars, 4 B.A.F.T.A. awards, and many other prestigious awards for his contribution to make-up in Hollywood. As of today, Taylor is also proud co-director and co-founder of Wellington’s Weta companies. Have you seen Lord of the Rings? The make-up for the actors and characters in that series was done by Richard Taylor himself, which had earned him quite the success and reputation.

A veteran of the fashion industry and an absolute legend in the make-up artist specter, Charlie Green is a woman, who has actively been in the make-up and fashion industry for over two decades and is still deemed as one of the top international make-up artists of the world! To sum up a part of her career, she has been the talent behind some of the most ravishing and fabulous red carpet fashion looks sported by popular personalities.

Deemed as the Betsey Johnson of the make-up artists’ world, Charlie Green might have what many consider as weird and whimsical designs, but she is a real artist who uses a woman’s face as her canvas and does not restrict herself from creating beautiful make-up and show her artiste. With one glance at her, you will instantly notice her free spirit nature, since she always sports platinum blonde hair accompanied by bright lipsticks. She has a highly- active imagination, which she transforms into her works of art. Some of Green’s clients include Esprit, Fendi, Guess, Maybelline, Oil of Olay, L’Oréal, Estee Lauder, Ann Taylor, Celine Dion, Gwen Stefani, Salma Hayek, Charlize Theron, Paris Hilton, Alicia Keys, Elizabeth Hurley, Angelina Jolie, Victoria’s Secret, Kelly Clarkson, and Shania Twain. Phew!

The primary training McGrath underwent was through listening to her mother’s opinions and comments while watch the classic movies. After that, she underwent and completed the art foundation course in a school in the city of Northampton in England. After that, Pat spread her wings and went a long way, working at the backstage of runways in Milan, Paris, and New York. What sets McGrath apart is her innovativeness and flexibility, which allows her to do a wide range of work, simultaneously maintaining the exclusivity of the fashion line. McGrath is also famous for setting up Armani’s cosmetic line and being the beauty director of Covergirl cosmetic and Max Factor.