Sunglasses are said to be a multi-billion-dollar industry and why not. These small pairs of glasses protect your eye as well as make you look cool, depending on what you’re wearing. What was invented for the sole purpose to help people protect their eyes from sunlight, turned out to be a major fashion tool that can either make or break how you look.

Though numerous awesome-looking sunglasses exist today, from aviators to biker glasses, but they were not always like that. You’d be surprised to know how blocky and weird the primitive sunglasses used to look. Do you know where sunglasses have come from? Most importantly, do you know how the sunglass trends have evolved through the decades? To know more, keep reading. 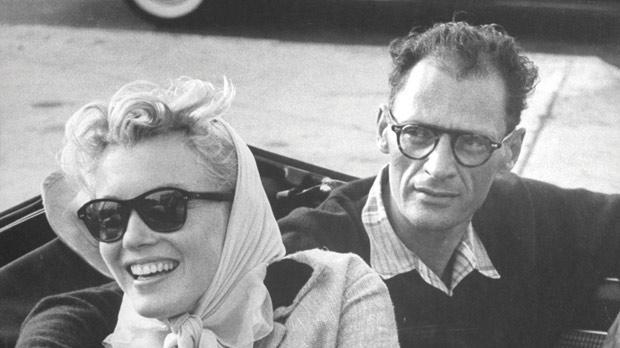 Nearly three hundred years ago, the very first sunglasses wrapped themselves around the temples of people. Introduced as a protective measure to help people see well in glaring sunlight, these pairs of glasses soon evolved into a fashionable item, going on sale for high prices. The better they looked, the higher they would cost. People soon began to realize that sunglasses were trendsetters, when actors and actresses began wearing them in their movies.

Thankfully, we have come a long way from the early days when women only wore sunglasses privately, individual prescriptions were non-existent, and most of these glasses were bought out of travelling caravans. On the opposite hand, sunglasses are some of the most desired, statement-making fashion accessories today. But, this does not mean stylish sunglasses did not exist in the past as well.

Given below is a list of the various sunglass trends in the different eras. Enjoy!

In the starting of the century, several styles of sunglasses worn by both men and women were very popular. One of them was the pince-nez, hailing from France, which literally meant “to pinch the nose”. These were probably the weirdest and most uncomfortable pair of sunglasses to ever exist. Made mostly out of horn or wire, these sat at the bridge of the nose, giving a look as if they were pinching it, thus the name. In America, these sunglasses were made famous by Teddy Roosevelt. God knows why he wore them.

Another trendy sunglass of that time was the lorgnette, which is presently known as ‘opera glasses’. This was a style of sunglass fashionable women wore a lot in those days, as well as high-society individuals. The lorgnette had dual lenses and used to be mounted on a long handle.

The most popular sunglass trend in this era would be the circular-lensed wire ones, which featured temples that were curved securely behind the ears.

In this era, the rounded lens sunglasses regained its popularity among people, but it was made of a sturdier metal and a fine, costly plastic. Due to its delicate nature and flammability, these glasses are in production no more.

This era also marked the introduction of newer materials to make better sunglasses. Real silver and 12 karat gold plating and filling were the most popular materials that helped to jazz up the feel of metal. Tortoise shell sunglasses were also widely popular due to their natural beauty, but in the end all these were heavy glasses and turned out to be pretty uncomfortable.

The 1930s was a remarkable time for sunglasses as it marked the birth of the very Ray-Ban Aviators, that we all love. These Aviators were developed due to the request of U.S. Air Force pilots who wanted a measure to help them avoid headaches due to the sun’s extreme glare.

In the era of the 1940s, the biggest sunglass trend was the ‘browline’, without a doubt. This style had made its debut in 1947, with a combination of plastic and metal, top of the frame made of plastic, giving the wearer a distinctive faux eyebrow look. This browline look was so popular that it made up 50% of the total eyeglass sales moving into the 1950s.

This is the era where frames became more and more fashionable. A large variety of colors in plastics were in the market, lenses became rounder and larger, and even rectangular! It became clear that people wanted fun and variety when it came to sunglasses.

The major sunglass trend during the 1950s was the ‘cat eye’. Whether it was for sun-shading purposes or for optical ones, the cat eye was the most popular trend of the decade. In variety of colors, shapes, sizes, and decorations, the cat eye sunglasses were a favorite of Marilyn Monroe. She wore them in both reel and real life, which made this trend a remarkable moment of glamour in the eyewear world.

This era was dominated by two major trend forces – the Flower Children and the Mods. The Flower Children was a style, adopted by the free loving hippies, who took cues from the likes of Jim Morrison, Janis Joplin, and John Lennon. This style showcased rimless round glasses, which were oversized and had shaded lenses.

On the other hand, the Mode was a highly-stylized trendy look that showcased clean, bold geometric shapes, strong black and white with pops of color and a newly discovered sense of futurism. Oversized bug-eye sunglasses and oddly-shaped frames became synonymous with high-end fashion. These sunglasses seemed a cross between a visor and some eyewear worn when you’re in a rocket ship.

The era of excessive and over-the-top trends paved the way for an advanced design, higher-quality materials and frames, invisible bifocals, and lighter eyewear. French eyewear designer, Alain Mikli, started the trend with his funky trapezoidal shapes and mismatched bi-color frames. Add to that, everyone’s favorite, the ‘wraparound’.

This era also resurged the trend of Ray-Ban Wayfarers, as the hottest celebrities and musicians started sporting them in the 1980s. The ‘80s also brought in a keen interest in wearing vintage sunglasses as well. All of a sudden, it was cool again to wear rhinestone encrusted cat eye sunglasses. This was a trend which never died, because, to this day, vintage eyewear is still highly sought after and can fetch prices quite high.

Contrary to the ‘80s, the 1990s ushered in a much more serious, minimal trend of sunglasses. Simple black sunglasses, sporty shapes, and the comeback of the round frames were the highlights.

Unlike any other decade one had lived through or read about in the history books, the 21st century has been a mixture of trends and styles that don’t follow a single path. Major fashion magazines and papers are no more the deciding patrons they once were. Now, trends and styles exist from the street up, documented by bloggers, photographers and style-lovers.

Now, there are more eyewear brands than there ever were and sunglass giants like Chanel, Prada, Gucci, Versace, Armani, and Calvin Klein invest highly in their eyewear range, introducing wild new trends and styles to capture people’s attention.

All you fashionistas and sunglass-geeks out there, I hope this blog satisfies your thirst to know what kind of styles and trends existed in the past. After reading about the various sunglass trends from the different eras, it is pretty clear that eyewear is just no okay to wear, they are actually desirable.