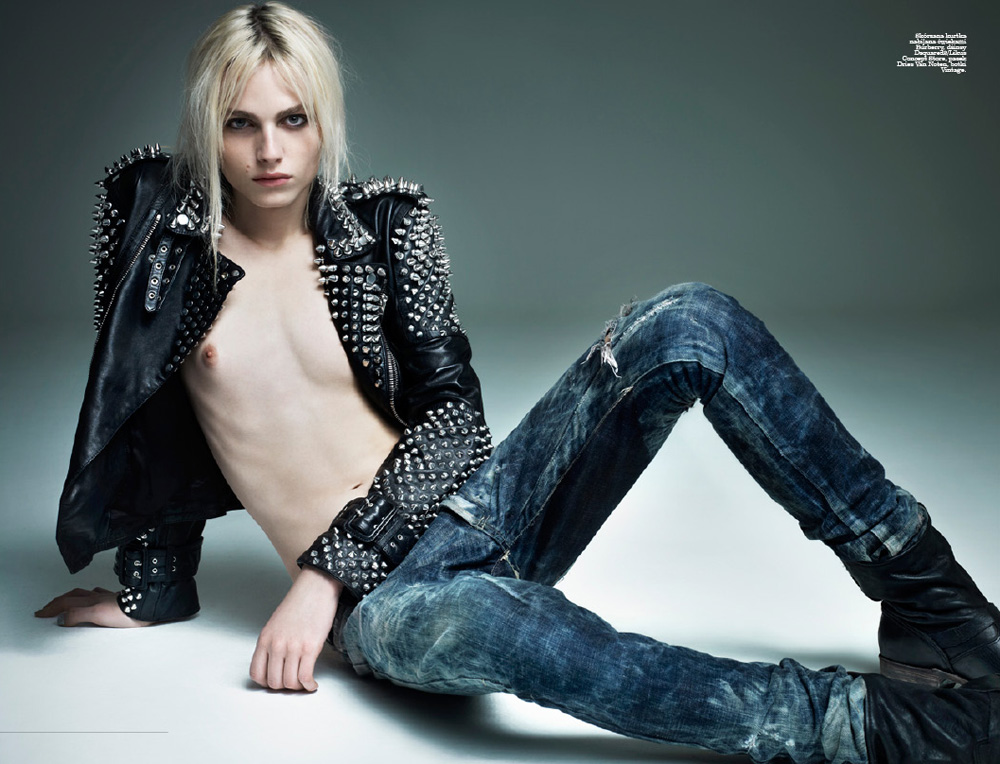 Growing up, Kean Rui Alvares was engrossed with makeup. “I used to love watching my mother dress up and remember longing to have my own dress rehearsals, unlike most boys of my age,” says Alvares. Now at the age of 26, he is an excellent make-up artist and model. Similarly, there are numerous men, who like to dress smartly, can smack the most alluring poses, whose high cheekbones can steal more than a glance and who are slowly and steadily, stirring up a change in the Indian fashion industry.

Still, there is a question of industry ready to have or accept more androgynous men for the ramp walk.

The Indian fashion industry is not new to male androgynous modeling. Wendell Rodricks is the well-known veteran fashion designer for the softer silhouettes he dresses up his male models in. The likes of Rohit Bal, Tarun Tahilani, and JJ Valaya are known for floral motifs they embellish on their men’s collection, embroidered shawls, etc.

While men attempting to wear pleated skirts or flowy shirts with floral prints on the runway might seem unusual for many, Rodricks insists the concept has its roots deep in Indian history and culture. “If I wear a lungi, an earring and a necklace of pearls, it is not unusual to Indian aesthetics. In history, there were Maharajahs who have worn more jewels than Maharanis, yogis with more drapes than devdasis. This proves that the topic of androgynous dressing is not alien to the East,” he told the Indian Express.

If we talk about the traditional outfit of Garba for men, ghagras, angarakhas, achkan, churidars are unisex clothing choices.

Alvares claims that it is a common misconception about an androgynous model to be homosexual. But this is not true. She says that he enjoys his masculinity and femininity.  It is all about the fashion choices and need not to necessarily construe as a projection of sexuality.

Ganesh Toasty, a fashion and beauty photographer basically from Chennai, said that majority of the industry doesn’t know androgyny. They are only aware of the terms lesbians, gays and transgender persons. Because of this, the male Bharatnatyam dancers are decreasing day by day as they are ridiculed and called gays.

Far from being an uninteresting experiment, the photographer asserts that androgynous modelling is rather just “comfortable fashion”. He says that as a fashion photographer,  it is important to admire beauty in all its manifestations.

IS GLOBAL ACCEPTANCE ACTUALLY MORE THAN IN INDIA?

There are many androgynous models present in international fashion scene because the industry is more approachable. Michael Tintiuc says that androgynous fashion was created five-six years ago and is one of the fake trends.Then the new trend came which included shaved headed model guys wearing sportswear and sandals with socks.

He also says that his look was described as “edgy and rock’n’roll” was the part of runway shows in New York, Paris, Milan, London and Tokyo for various labels like Z Zegna, Ann Demeulemeester, John Varvatos

In India during the past, men were wearing jewellery and floral, flowy silhouettes and now they have started a new trend of lining their eyes with surma. Thus this topix is very sensitive and could challenge masculinity.

We are from Modelling Agencies Mumbai. If you want to become a model then do contact us.