Over the years, the mindset of people has gone through a paradigm change. Long gone are the days when women were looked down upon and were underestimated to such a degree that they often lost their will to live. Yes, that still does happen in some places, but women are revolutionizing their gender every day. Living in a patriarchal society, we still see women breaking the norm and achieving greater heights to prove that they are no less than men and can often be better than them. You go, girls!

In the world of fashion, there are a lot of stereotypes and not-so-fashionable rules that often oppress the real beauty women have to showcase. The magazine cover image is what sets the bar of fashion, to be skinny and tall, but every woman is beautiful in her own way.

Since we often look up to celebrities and fashion models as icons of beauty, listed below are some of them who not only pulled off being bald, but embraced it and showed the world just how beautiful bald fashion models can be. Be prepared to be mesmerized.

Vin Diesel, Dwayne Johnson, Jason Statham, Jesse Eisenberg – They all look suave and even handsome being bald. But, who’s to say that only men can look good with a clean-shaven head? According to cliché, a woman’s hair is said to be her crowning glory, but here are some women who have broken the stereotypes to look breathtakingly beautiful, with their bald look: – 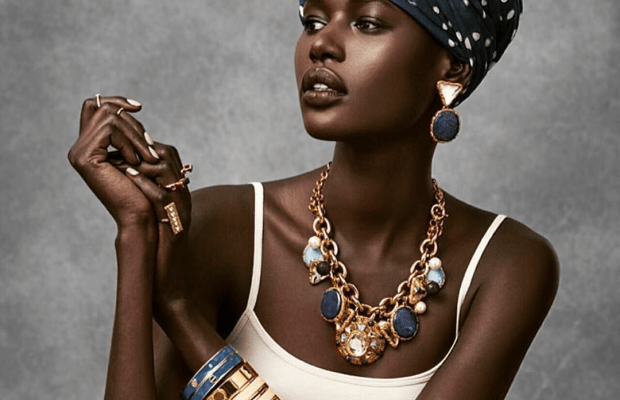 An Australian Model with a fierce look in her eyes, Ajak Deng is famous for her trademark bald look and has also fronted campaigns for Valentino and Louis Vuitton. Her journey from a refugee camp to the glamorous runway, proves that no matter what color you are or whether you have a hair full of head or not, all you need is confidence in yourself.

During the 1990s, when norms and stereotypes were at quite a high, very few women dared to be out of the box, especially when it came to walking the coveted ramp. Well, not when it came to Jenny Shimizu. Probably the edgiest model during the ‘90s, Shimizu was very well known for her almost-bald look and a bold presence. Currently, she is married to another fashion icon, Michelle Harper. Breaking gender stereotypes and fashion norms, Shimizu showcases the picture of a fierce woman.

A South Sudanese-British fashion model, Alek Wek is a designer as well. She is one of the very few fashion icons today, who embrace the bald look with all its glory. Add to that, she has sported her signature bald look for the most part of her modelling career. 37-years old Alek is now inspiring girls and models all over the world to not depend on their “crowning glory” and walk the ramp with a bald head and fierce confidence. You have my respect ma’am.

To make you feel inspired, let me tell you that Alek, with her bald look and mesmerizing attitude, has worked with quite a number of big companies, including Chanel, Calvin Klein, Givenchy, Fendi, Armani, Clinique, Christian Dior, Vogue, Donna Karan, and Forbes Magazine Africa. Right now, she is considered one of the living legends in the world of fashion modelling. 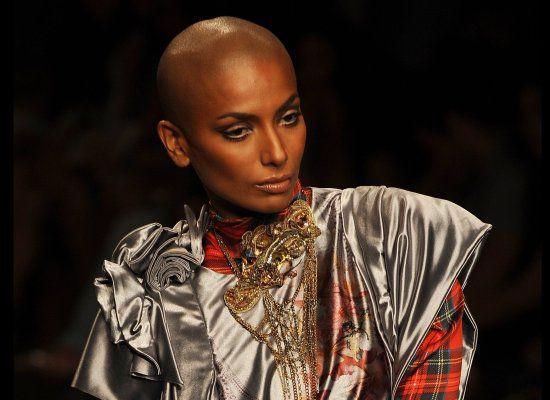 Diandra Soares is one of those few female celebrities, who willingly shaved her own head more than once. Apart from being an active part of a famous Indian TV reality show called Big Boss, Diandra Soares is also a very well-known fashion model. The very first time she shaved her hair off was when she was 20 years old, while she was a successful model with a head full of wonderful black curly locks. This was not welcomed by the fashion world with open arms. But, this did not stop her from shaving her head once again, when she was 30. This time around, designers were battling each other to work with her. Oh, how the tables had turned!

Diandra, along with her shaved head, went on to open as well as close the Lakme Fashion Week. Apart from that, Huffington Post wrote a story on her as well, highlighting how she confidently walked the ramp with a bald head. 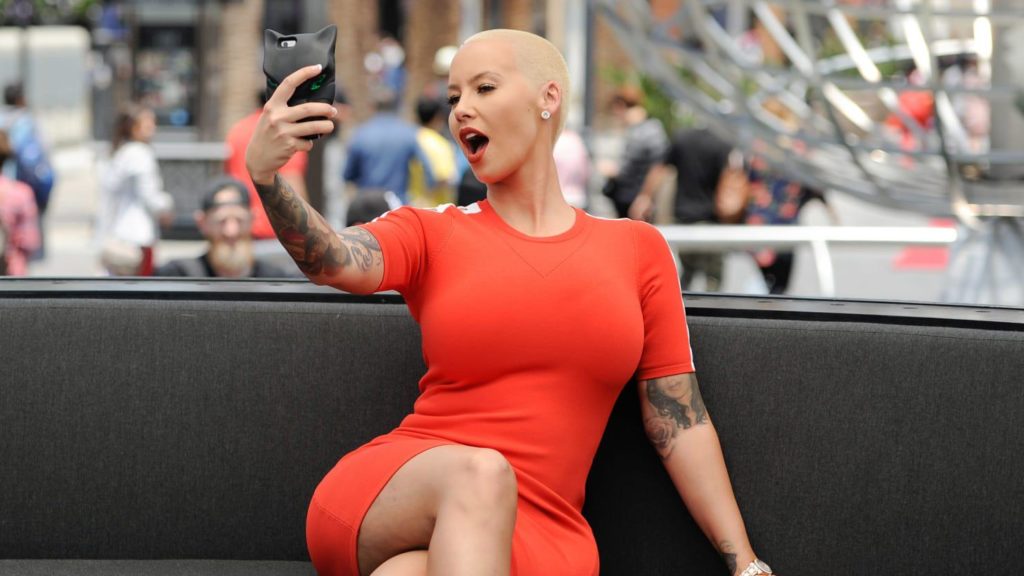 If you’re always keeping up with pop culture and its trends, you know who Amber Rose is. Though she is caught up in notorious tasks more often, Amber is arguably the most high-profile and highly-paid bald model, besides being a social media superstar. She has rocked her signature bald look on numerous occasions, even while confidently walking the ramp and wowing the audience.

Apart from being a fashion modelling icon, Amber Rose is also a proud author, feminist, and probably the only person who can shut Kanye West down with one tweet. Phew!

The last one on this list and probably the most influential and confident one, has to be Persis Khambatta. An Indian fashion model, author, and an actress, Persis Khambatta not only rocked the bald look on the ramp, but in also inspired women around the world in their capabilities as the female sex. She won the 1965 Miss India pageant and that was the beginning of her successful career, and not just as a model. Khambatta further went on to star in Hollywood movies like ‘Megaforce’, ‘Nighthawks’, and ‘Warrior of the Lost World”. She featured in many of these movies with her bald look, which didn’t stop her from outshining the other cast members.

Persis had chosen to shave her age when she was 31 years of age, at the peak of her extravagant career. This was considered a very bold and daring move on her part, as a result of which, she became one of the very first fashion icons to sport the bald look proudly. I tip my proverbial hat to this woman, a global icon in all its right.

Ladies, take inspiration from these iconic women, and embrace how you look. You’re worth it.